This week’s writing topic is ‘Cheers and Beers.’   When I saw that, my first thought went to Scotland (no surprise, that’s where my head usually is).  But this reminded me of my first trip there, hanging out with my Glaswegian friend.  He ended almost every conversation with whomever he was talking to as were leaving with ‘cheers.’  It was not something I’d heard before in conversation, and I remember that as being something that really stood out to me during my first visit in the UK eight years ago.  Kind of like how I can still picture him just shaking his head at me, chuckling softly and saying ‘American‘ after the fiftieth time I still looked to my left first as I was about to step off the curb.  (Old habits, I guess, I couldn’t seem to readjust my auto pilot on that one).  I’ve only talked with him a handful of times since then, and I miss him profoundly.  But that’s a story for another day…

So, beer.  I have to admit, I’m not a huge beer drinker.  Given the choice, I prefer gin, vodka, rum, tequila, whisky, (you get the picture).  But, as with everything, there are a few exceptions – like this Rose Garden beer on the right (I forget who made it):

Or this Belgian Lambic, which I enjoyed with the same friend as above
(different day, though 😛 ) 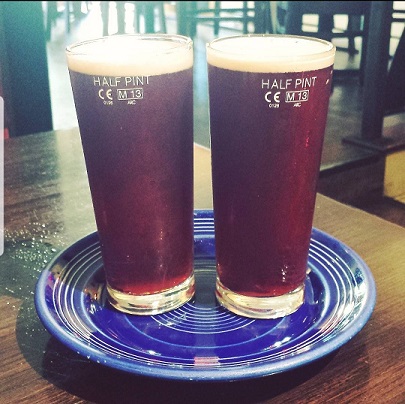 Oddly enough, the one type of beer that I do love is stout.
I like this one by Feather Falls Brewery: 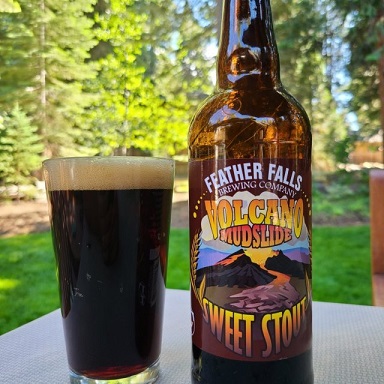 (Not my photo, though I’m sure I have one somewhere)

But Guinness – now that is my favorite, and I could drink it all night. 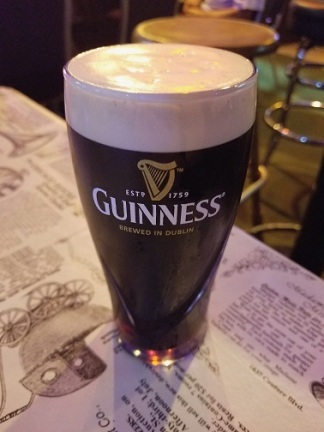 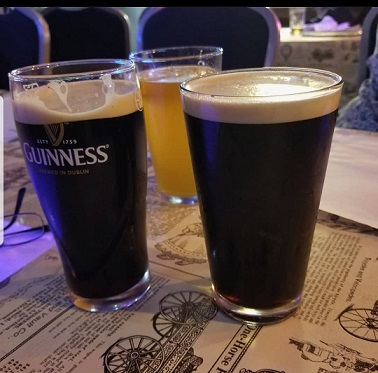 Yes, those were both mine.  When the waiter comes back to your table and says he accidentally poured one and did I want it, what reasonable person would say no? (Even if the one on the left was my second already – don’t judge me).

So speaking of beer and Scotland (see how I came back around?), there were a couple beers on my ‘to do’ list that I didn’t get the chance to try: 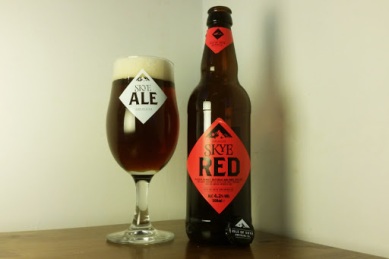 I ran out of time to visit the Tennent’s Brewery and never came across their stout whenever I happened into a liquor store.  I also looked for Skye Red and couldn’t find it, though it’s a red ale and not a stout, I still wanted to try it because it’s from Skye.

So, that’s my beer story and my beer ‘to do’ list.  Hopefully during my next trip to Scotland I’ll be able to try them both.  In fact, maybe next time I’ll take the connecting flight to Dublin, so I can have a Guinness in an Irish pub.  Does anyone have any “Dublin in a day” recommendations?

This was written for Blogophilia Topic: Cheers and Beers
Prompt: Quote Leonard Nimoy

“I think it’s my adventure, my trip, my journey, and I guess my attitude is,
let the chips fall where they may.” – Leonard Nimoy

(In my case, let the chips be this kind, and let the beer fall where it may)
– Dahlia Ramone

Now I’m hungry for chips and a Guinness…

View all posts by dahliaramone

8 thoughts on “Cheers and Beers”

Two of my favorite quotes are “When you give up your dream, you die” from Flashdance and “Learn to get out of your own way” from Chaka Khan.  Still trying to work on both…